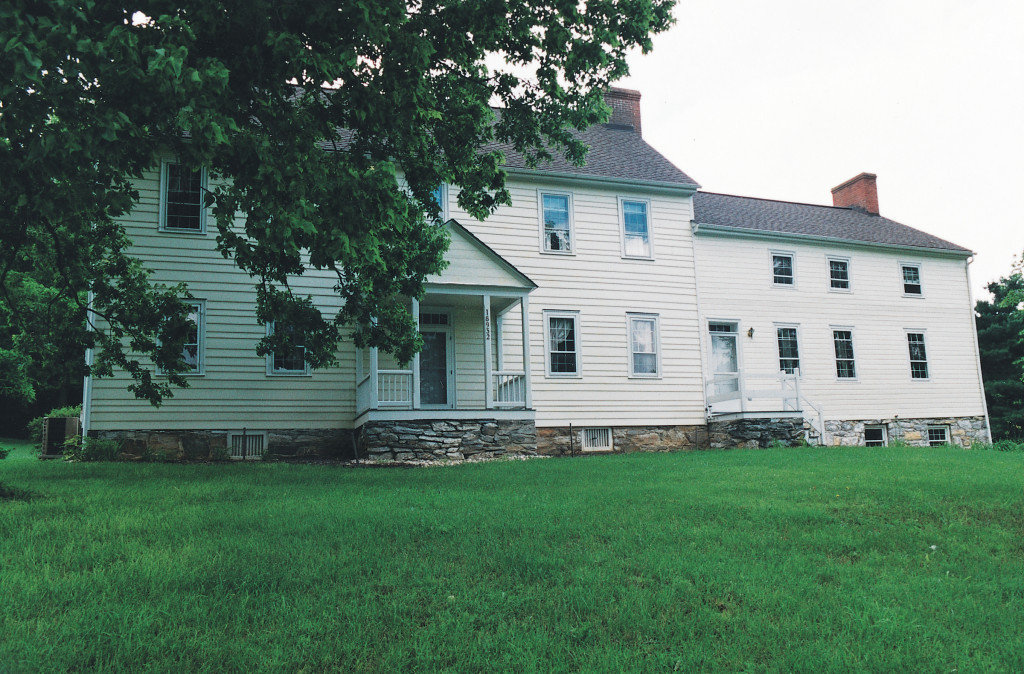 On the north side of Keedysville Road, at a bend, a long yellow house, clad in weatherboard, sits on a rise overlooking the confluence of the Antietam and the Little Antietam Creeks to the south. The left wing of this home was built around 1790 by Robert Smith, a wealthy bachelor who served in the state legislature from 1800 to 1805 and who owned thousands of acres in the county. This farm home, built with post and beam construction and brick infill, was thought to be his residence. 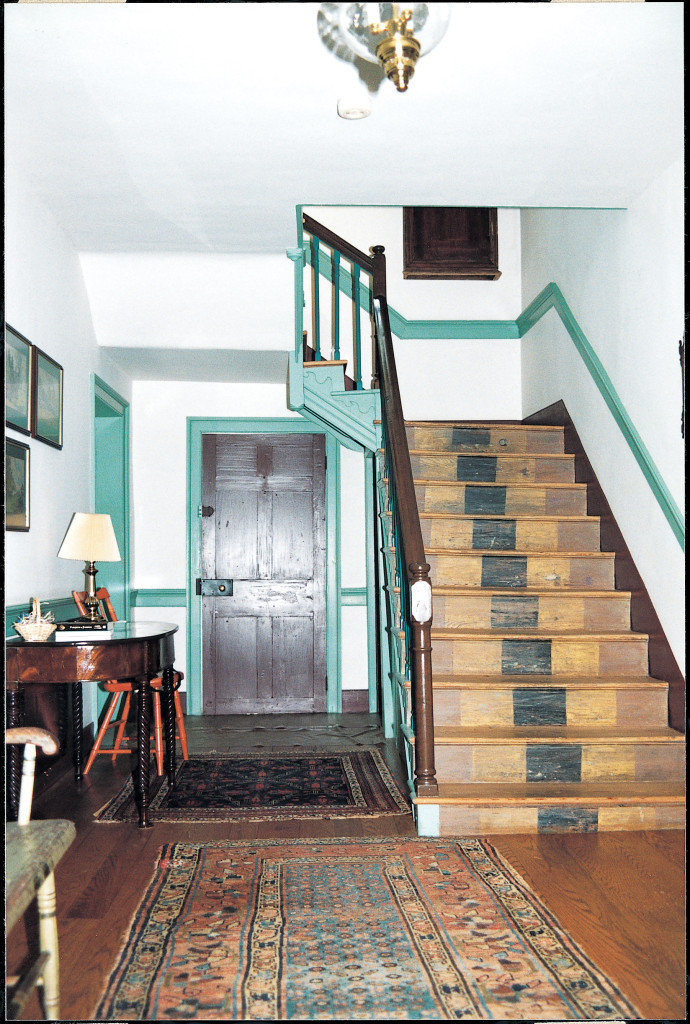 Smith died in 1818 and was buried in Boonsboro. The farm then passed to his nephew Samuel Hitt who was a Methodist lay minister. Hitt built a mill near a ford over the Antietam that Braddock’s army used in 1755. Now known as Pry Mill, it stands across the road from the farmhouse. Hitt was instrumental in financing the three-arch stone span that was built by Silas Harry in 1830 and which became known as Hitt Bridge. This bridge, which cost only $1,413.66 to build, crosses over the Antietam near the house and the mill, and facilitated traffic to the mill.

Samuel Hitt moved to Illinois in 1846, and the house was sold to Samuel Cost. It was Cost who owned the property during the Civil War when both the house and barn were used as hospitals by Dr. Wilcox after the battle of Antietam. On September l6, 1862, General J. K. F. Mansfield dined at the house on the eve of the battle in which he met his death. 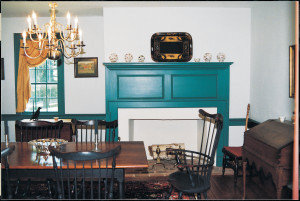 The original five-bay post and beam section of the house was arranged in the Georgian manner with an ample central hall flanked on either side by a single room with a fireplace. The stairs rise on the right toward the back of the central hall and have delicate turned balusters. On the second floor are three rooms. The two rooms on the west side of the house had no heat source, but the larger room on the east has a fireplace. About 1830, a log addition was built, and doors were cut in the east walls of the original wing on both the first and second levels. Bill Maharay and his wife Kathleen Riley restored the home to contain a living unit in each wing. The original oak floors had been severely damaged by insects; so they were replaced with random-width oak boards to replicate the original. Eventually the restoration was complete, and the house was part of the 1989 Maryland House and Garden Pilgrimage in the spring of that year. 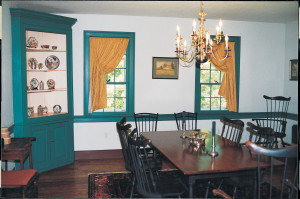 On July 18, 1989, disaster struck. A passing motorist noticed smoke and went to a neighbor who called the fire department. By the time the fire was extinguished, the roof and most of the second story had been consumed. Kathleen Riley and Bill Maharay started over. With help from friends and neighbors, tons of debris were removed from the charred shell. Some furniture was saved, but many treasures were lost. A huge blue tarpaulin was stretched over the top of the truncated building to protect what remained of it from the elements, and then reconstruction began.

It took four months to find a workman who could recreate the post and beam construction of the original section, a man who could cut and peg the rafters for the new roof. Bernie Cooper and his wife drove from New Hampshire and parked their motor home behind the house in order to do this work. Bill and Kathleen moved into a trailer adjacent to the house. Their tenant Karen Schroyer eventually rented space across the road at Pry Mill so that she could work on scraping, sanding and painting. Mike Roy, a local carpenter, added his efforts to the project for a year-and-a-half as well. The floor of the second story survived, with enough good flooring left to do the larger room of the original wing. New random-width oak flooring was laid in the other rooms. Bill turned walnut balusters to replace the ones that were lost. Moldings matching the original 18th century door surrounds and chair rails were milled. 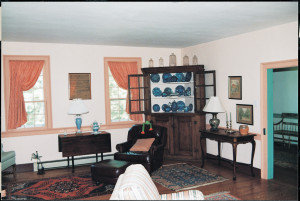 The original mantels and woodwork were stripped of blistered paint, and in the process discoveries were made about original paint colors. The doors had been brown, and the risers of the main stairs had been painted in five square blocks–brown, yellow, red, yellow and brown– across the width of the boards. It hasn’t been decided whether or not to replicate that detail.

The mortised and pegged rafters of the roof were topped by a layer of dry wall and four inches of high-tech foam insulation. Ten two-by-fours were nailed through the insulation and drywall into the rafters with long spikes. This created a dead air space. The roof was then sheeted and shingled. The attic is now cool on the hottest days.

As much as possible, the original beaded siding on the post and beam wing and the German siding on the log addition were saved. New boards were milled and added where necessary. The job is not yet complete. Bernie and his wife returned to New Hampshire long ago. Bill, Kathleen and Karen will soon be able to move back in. The long yellow house will soon be restored again, a testament to the courage of its owners and the skills of its builders. 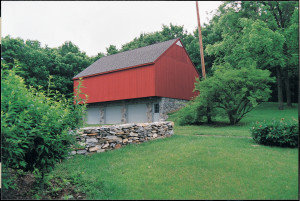 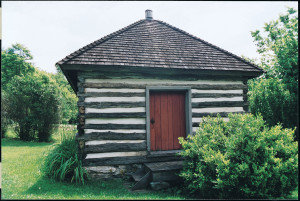 Epilogue: Bill and Kathleen have painted all the rooms, hung curtains, replaced treasures that were lost with others, built a barn and left the squares of paint on the stair risers. It has been twelve years since the fire and Kathleen reports that, “It’s just a regular old house again—one that needs constant attention.”

This article appeared in the Herald-Mail Sunday, November 3, 1991 as the 29th in the series.