Home » Endangered Homes » Save the Saylor! 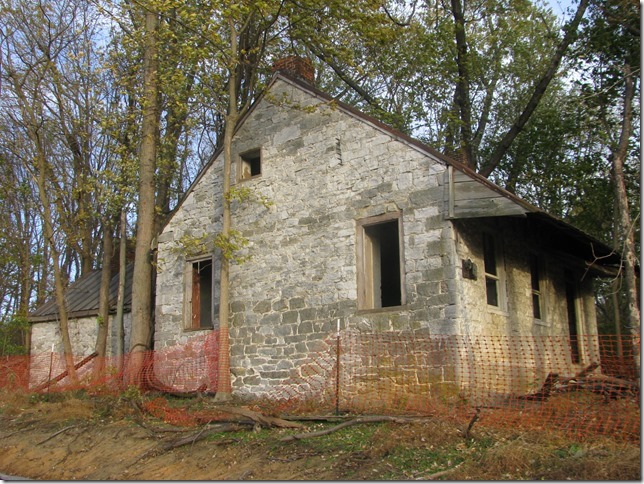 The Saylor House, circa 1800 – photos by Merry Stinson, Architectural Historian

Near the Antietam Creek just east of the newly developed Hagerstown Light Business Park, in the new Kiwanis Park, a circa 1800 stone house stands off the beaten-path, unused, and untended for half a century.

Inaccurately called the Loose House, this dwelling should be correctly referred to as the Saylor House as it was built by Peter Saylor [Sailor] (1753-1836), the son of Mathias Saylor (1728-1786) an early settler to our county. After Mathias’s death, Peter took his small inherited portion of Old Fox Deceived Farm, and purchased several contiguous properties until he had assembled a very fine farm of about 230 acres on the Antietam Creek. A member of the Loose family did not purchase the farm until 1877.

For complete information and other photos of this house from 1975 and 2007: (Click here for Maryland Historical Trust Report) 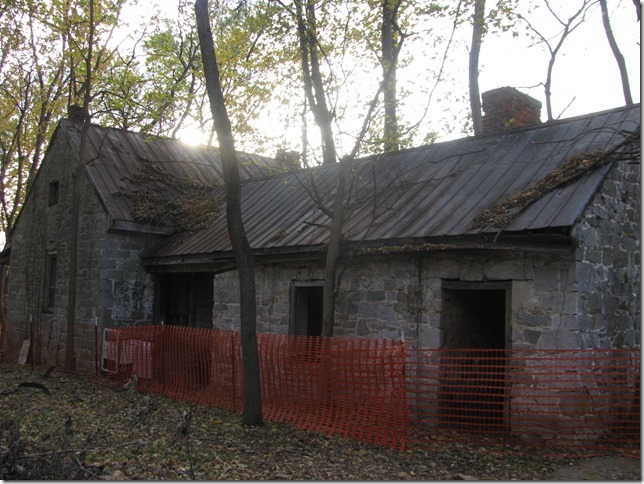 The fact that this charming house still stands is remarkable and can be attributed to the mason’s skills and, more recently, the concerns of real estate developer David Lyles.  Lyles generously gifted the land with the Saylor House to the City of Hagerstown for the Kiwanis Park.

Creating a park was easy, finding a job for this house a bit more difficult. Now the City is looking for ways to use it.

When architectural historian and WCHT member Merry Stinson first heard of this great little house, then observed first-hand it’s derelict condition, she knew the inevitable outcome unless someone stepped in quickly with a plan. Merry and other members of the WCHT and ACWA (Antietam Conococheague Watershed Alliance) are developing a plan restore and use the Saylor House as a headquarters to display historic building techniques, and to access the creek for water testing, canoeing and kayaking. The plan seems like a natural and is being currently being considered by the City of Hagerstown.

With enough support, this can be a reality! Washington County is blessed with a lot of early stone structures – but we have none to spare!

Here’s what you can do:

Be part of developing a work plan for cleaning up the site and eventual reuse of this charming and unique building.

Be part of preservation! Join the Washington County Trust, it’s a good cause.