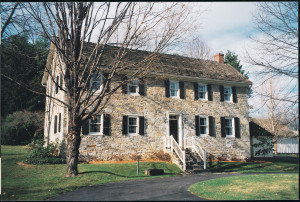 On Leitersburg Smithsburg Road north of Little Antietam Creek, an old stone fence meets the road at right angles. The fence, sometimes broken, leads into the fields, following a narrow lane. As it pushes back into the countryside, this private way serves a pair of modern homes, then turns slightly to the east and dips to a solitary farmstead built on a high rock ledge above a loop of the Little Antietam. 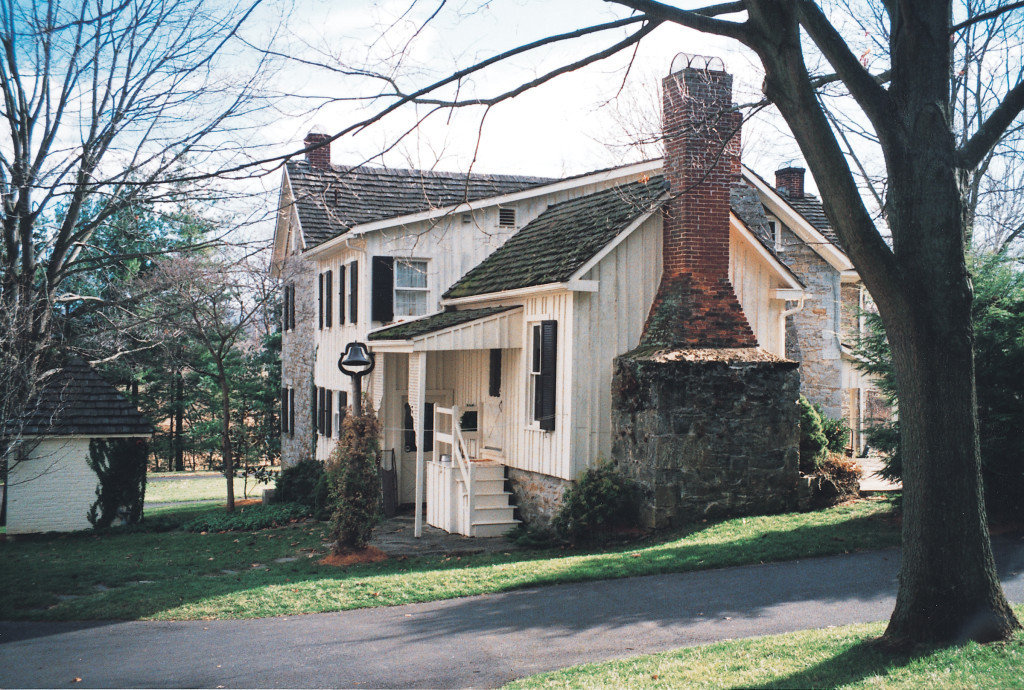 The back of the house presents itself to the visitor, a mixture of building materials, a sculpture of solid forms. The small stone section on the right was once the original house on the property. Built by Henry Solmes around 1785 and set on round log beams resting in sandy soil, it was a single room with a huge cooking fireplace and a loft above. This fireplace is served by an unusual, asymmetrical, exterior stone chimney whose south side curves gently in as it rises and whose north side is perfectly straight, accommodating the window beside it. The main south façade of this original house has a central Dutch door, with a small porch and a window on either side. 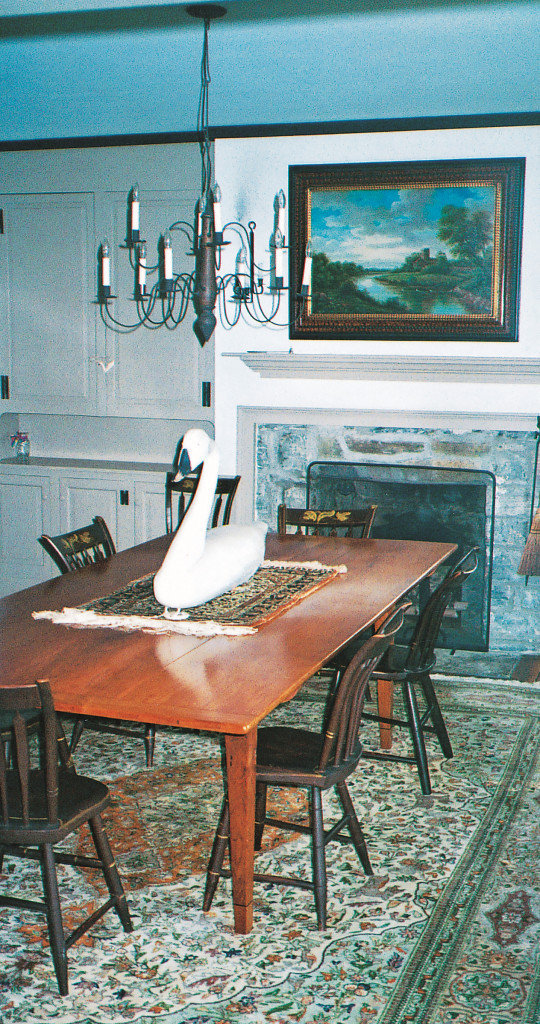 Within twenty years, a three-bay stone wing was added to the east of this house, overlapping its east wall by only the width of a hall. By 1805, another block had been joined to this one, making it a five-bay wing that extended beyond either end of the original house on its east side. A summer kitchen stood just off the northwest corner of the house, which now had a stubby, T-shaped footprint. In the 1950s, a two-story block, covered in board and batten and containing baths and a modern kitchen, was added in the space between the summer kitchen and the main 1805 wing of the house. The porch of this new kitchen wing is decorated with two delicate, latticed cast-iron dividers from a Victorian stable.

The lane circles around the north of the house, serves two board and batten garages, and ends in a circle built on a leveled spot below the formal eastern façade of the home. Here is a steep set of stone steps leading to a central door that is flanked by two windows with slightly irregular fenestration. Both the first and fourth windows were once doors as well; and the windows, while all six-over-six, are not all quite the same size. This entire two-part wing had been completed by 1805. For in that year, the house sold for £1,008, a large jump from its previous price of £54. 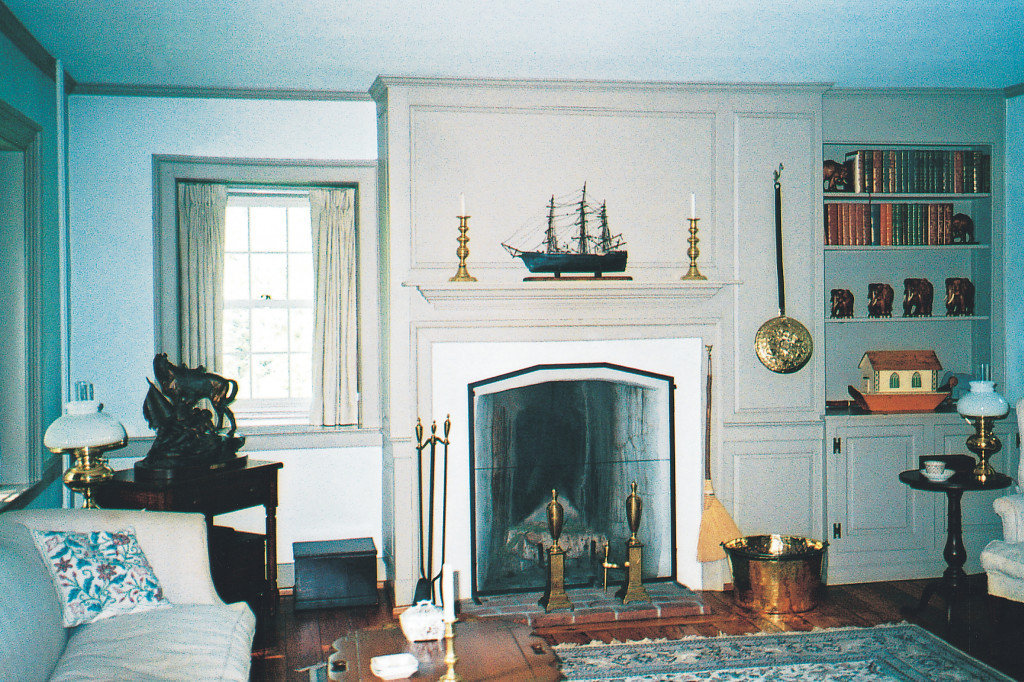 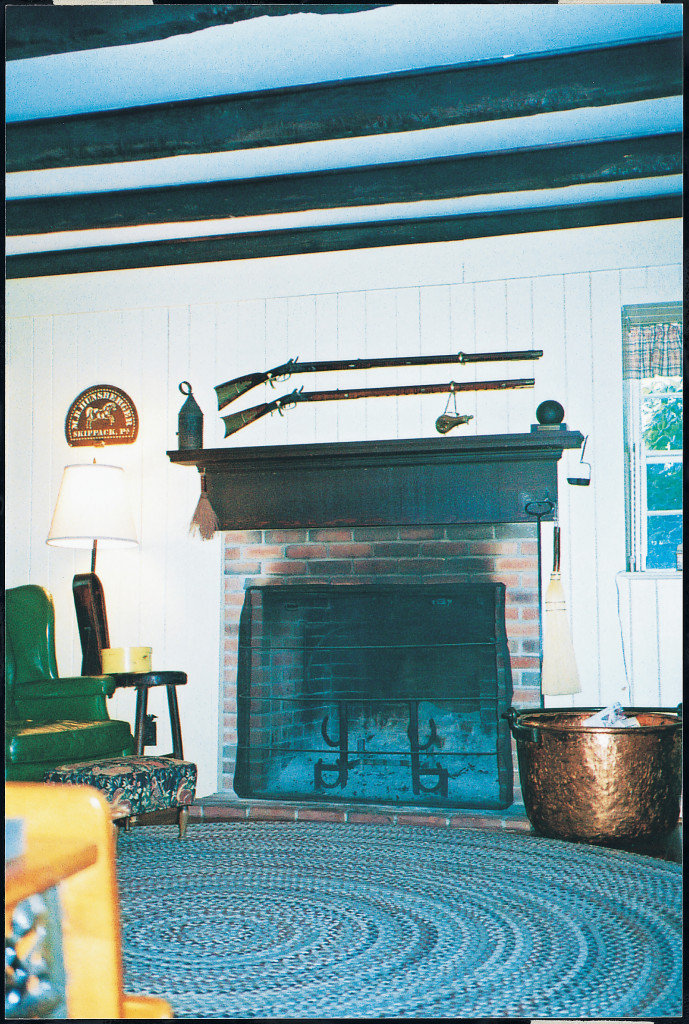 In 1965, Bill and Sylvia Hunsberger had come to Washington County from Valley Forge and were looking for a farmhouse, something that reminded them of the treasured properties around home. Rockledge fulfilled their dream. It was livable but in need of major work, and the Hunsbergers were delighted. They signed a purchase agreement for the house and four-and-one-third acres within twelve hours of its going on the market. Three years later, they came close to losing it all to a chimney fire. The log lintel in the original cooking fireplace caught fire and smoldered through the night. When Sylvia rose, she could see fire glowing between the tongue and groove boards that paneled the room; but a garden hose and the quick response of the Leitersburg Fire Department limited the damage. Over time, the Hunsbergers have acquired 45 acres of land and were the first in Washington County to protect their charming home with historic district zoning in 1975. 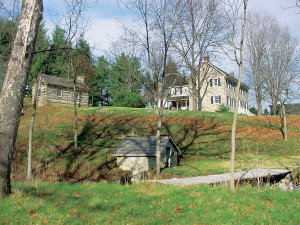 The one-room original house is now a den with vertical board paneling, exposed beams and a smaller fireplace set within the original. The summer kitchen retains its cooking fireplace with its two cranes and remains a laundry/work room as it always was.

The main east wing of the house has a dining room to the left of the center hall, with a built-in bench along the front wall to provide both seating and storage. The stone fireplace has its original mantel and cupboard built into the inglenook. A chair rail with paneled wainscot beneath surrounds the room. Behind the dining room is a kitchen with yellow checked wallpaper, a brick floor and natural wood counters. 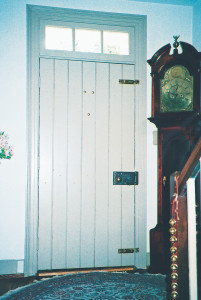 The living room stands to the left of the center hall and has a tall, shallow, plastered fireplace with its original mantelpiece. In the hall, the stairs have simple square balusters and turn to what New Englanders call a “good morning landing.” The hallway comes from both the front and the back of the house, then descends several steps from either direction to the landing, which joins the stairs that are perpendicular to the hall. Two people arriving at the same time at the facing steps leading to the landing would pause to say, “Good morning.” 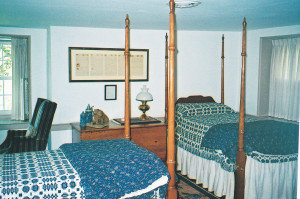 Four bedrooms are upstairs, and two baths have been cleverly carved from a single space in the board and batten section of the house. The ceilings are low here, and there are no fireplaces upstairs. The entire house is beautifully restored and filled with a fine assortment of antique furniture. There is a collection of bells scattered throughout, long straps of sleigh bells hang beside doors and a congregation of carved elephants both large and small wanders the house. Bill inherited both these collections from his grandfather. It is a lovely home set in a serene and private spot surrounded by delightful gardens. 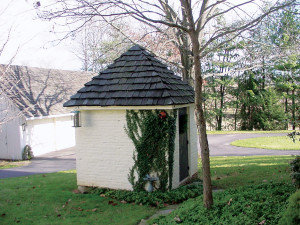 Epilogue: In 1996, the Hunsbergers built a log cabin to the south and west of the house. They used old logs and other recycled materials, including the stone for the large fireplace. Two years later they restored the stone springhouse that is down the hill near the stream. The old summer kitchen now is under renovation. The beam beneath the floor failed and the Hunsbergers discovered that concrete had been poured over the original wood floor of the kitchen. The concrete has been removed and a new floor of old wood laid.

This article appeared in the Herald-Mail Sunday, April 10, 1994 as the 56th in the series.