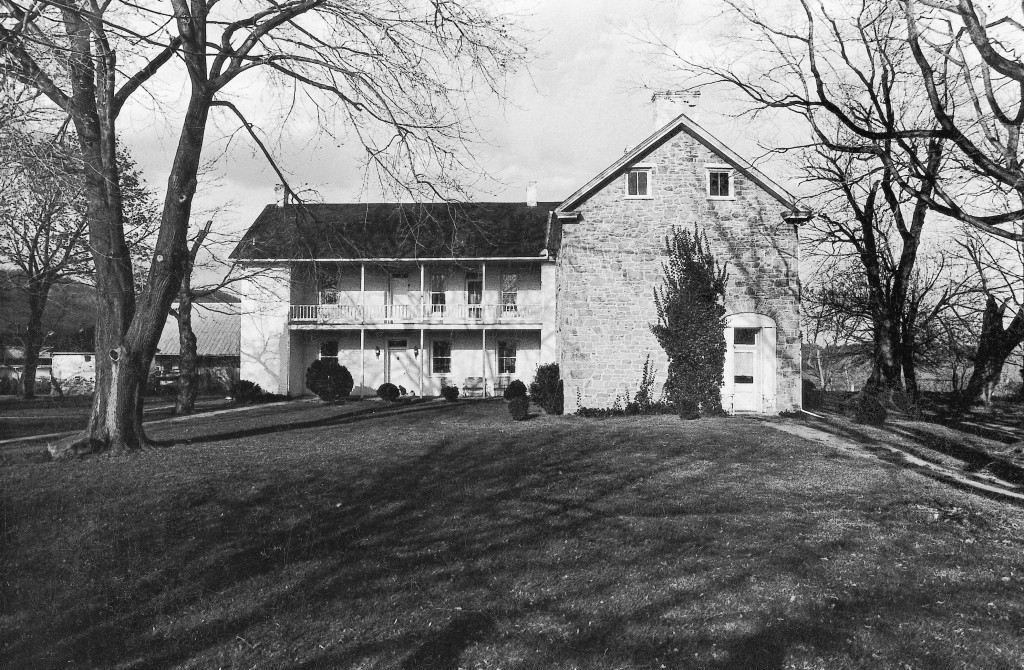 Believed to be built over the site of Evan Shelby’s fort, the oldest sections of Montpelier were built by Abraham Barnes about 1790. Photo by Dennis Helfrick.

North and east of Clear Spring, on a sharp bend in Broadfording Road, stands Montpelier, shaded by stately old trees and surrounded by the outbuildings of another century. Built of white-painted brick and stone, five bays in length, the origin of the house presents a tantalizing mystery. Excavations around the site show evidence of charring at a depth of about twenty inches, suggesting that the present structure supplanted an earlier one. Coins dating as early as 1740 have been unearthed, and two pieces of metal, one brass and one iron, inscribed with the initials ES have also been found. The earliest section of the building is post and beam construction with brick infill and clapboard sheathing. This section is now cased in brick. To this was added a stone wing in the early 19th century. The northernmost room of the house, possibly a dining room, and a kitchen wing in the same area were torn down in the 1890s. This shortened the house. It became ell-shaped when another brick wing was added. Plaster originally covered the exterior of these wings and was not removed to expose the stone walls until 1960. 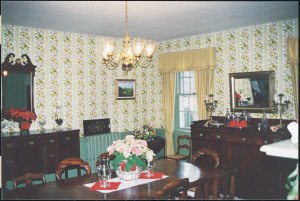 Evan Shelby, Jr., emigrated from Wales to America with his parents around 1734, settling first in Franklin County, Pennsylvania, and then moving to a location near North (Fairview) Mountain in Washington County in 1739. He engaged in fur trade with the Indians and amassed holdings of nearly 24,000 acres, much of it west of Conococheague Creek. Evan Shelby’s son Isaac was born on this land in 1750 and later became the first governor of Kentucky and eponym for the town of Shelbyville, Indiana.

Evan Shelby sold much of his Maryland land to discharge debts, and by 1771 Abraham Barnes had acquired various tracts from him totaling about 5,500 acres. These lands bore a variety of names such as Maiden’s Choice, Barren Hill, Shelby’s Misfortune, Hanover, Resurvey on Mountain of Wales and Glamorganshire. On October 17, 1791, the State of Maryland granted a patent to Abraham Barnes’ son Richard Barnes in which these holdings were known as Montpelier. 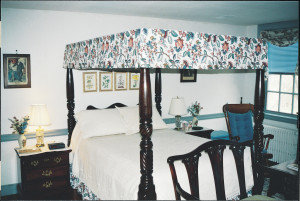 In Richard Barnes’ first will, dated October 1, 1789, he bequeathed everything to his ..sister Mason’s... children and Montpelier to her son, John Thomson Mason. On July 16, 1800, he willed all his real property to his nephew John Thomson Mason during his life; and following his death, to Mason’s son Abraham Barnes Thomson Mason on condition that he change his surname to Barnes after his father’s death. He further stated in this will …I give my faithful servant James his freedom or liberty with thirty pounds a year during his natural life, and as a security, I bind all my real and personal property for payment, (my negroes only excepted).

I give to all my poor slaves whose melancholy situation I have long deplored their freedom or liberty five years after my death….with this condition that they behave themselves well,….They are to be responsible for the support of the young, aged and infirm whilst their situation may require it, which they and my Executor may settle if they can agree. My request is that they be employed on my land in preference to others as well on the principal of gratitude, as they may with ease be enabled to comply with my request in supporting the infirm and aged. They are required to take the sir name of Barnes. In his final will, Barnes stated: …I give to all my poor slaves their freedom or liberty three years after my death. They will be employed as tenants to prevent them being an injury to the community. My executor may…supply them with money, stock, or credit to enable them to live as tenants out of my property. Barnes’ concern for his slaves, for their transition to freedom, and for the impact they would have upon their community was unusual for his time. When he died in 1804, 76 slaves were at Montpelier. 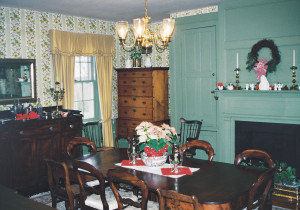 In 1804 Montpelier, then valued at $300,000, passed to John Thomson Mason, nephew of Richard Barnes and of George Mason, builder of Gunston Hall in Virginia. The elliptical arches in the front room of the oldest section of the house are similar to ones found at Gunston Hall, and it is felt they may date from this period. Mason was a brilliant lawyer and orator but chose to remain at Montpelier instead of serving in public office except for a few months during which he was Attorney General of Maryland. Montpelier was put up for sale in 1839 some time after John Mason’s death and was conveyed to Samuel Seibert in 1863. Montpelier is now occupied by the fourth generation of the Seibert family, Alliene Seibert Downs and her husband Charles.

Extensive alterations were made in the house at the turn of the century. Windows were enlarged, new sashes added and fireplaces modernized. The Downs have restored the fireplaces using original brick and are in the process of restoring the front hall and the second floor of the old section. Mr. Downs saves every piece of molding so that he can reproduce it exactly, even cutting special blades for his shaper to get just the right curve. Old hinges and locks are kept–every scrap that might give a clue to the past. 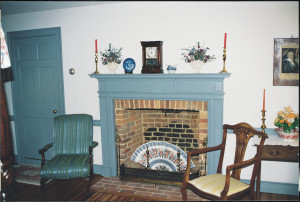 Behind the main house sits a square brick smokehouse with a steep hip roof and to its side an intriguing two-story building with a broad overhang created by the hand-hewn joists of the second floor. In one of the downstairs rooms is a huge fireplace with the crane still in place. Access to the second floor was by ladder. Originally the floor was brick, but it had been replaced with concrete. The doors are made of boards with strap hinges and wooden box locks. Perhaps it was the summer kitchen or quarters for servants. In the distance lie the remains of a stone barn and to the left, an early frame barn. Testament to the thesis, “Waste not, want not,” this large structure was built, at least in part, from recycled materials. One of the foundation stones is an improperly cut Mason-Dixon Line marker dated 1860. The hewn beams have odd mortises and extra peg holes testifying to their earlier uses. Farther removed from this complex is another stone building traditionally known as the overseer’s house. It has been renovated and a new wing added with such skill that the stonework has no seam. It is presently the home of one of the Downs’ sons and his family–the fifth and sixth generations of Seiberts to live on this land.

When the summer is hot and dry, ghosts of old foundations, brick walks and sunken gardens appear in the parched grass of the yard. New mysteries appear, and more relics come to light. Montpelier continues to reveal itself slowly and the Downs are persistent in their pursuit of the story. It won’t ever be fully known, of course; but then what would the next generations do if it were? 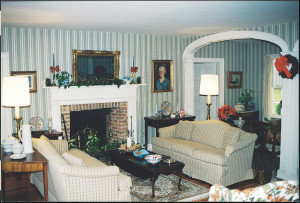 Epilogue: Near the driveway on the west side of the house, Charles Downs and a helper built a garage with an overhang and standing seam roof. He is restoring the last room in the house, a parlor on the south side in the stone section. When he is finished with the repairs, the faux painting, simulating mahogany, will be restored around the windows and door.

When removing a tree stump near the stone wing, an 18th century brass plate was found with the inscription John Hall written in flowing script. Hall was an attorney in St. Mary’s County and a member of the Continental Congress. Since Barnes also came from St. Mary’s, he may have come to Montpelier to attend to legal matters for Barnes.

This article appeared in the Herald-Mail Sunday, December 3, 1989 as the 8th in the series.